Going back to our roots: the origins of Start Again 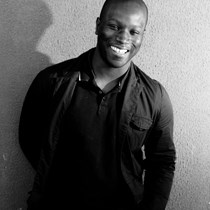 The reason I’m interested in mental health in young people is quite a personal one. And that’s because the idea for setting up Start Again eight years ago came not just from my love of sport (I’m an ex-professional footballer) but from my family’s own experience with the health service.

I grew up in north Birmingham as part of a big family, with an older sister and two younger foster brothers.

My brothers each moved out when they turned 18, to their own flats in Erdington. But their lives were quite different. One brother flourished – he went to university – but the other isolated himself, becoming more and more withdrawn.

We could tell he was ill, but we struggled to understand how, and we were finding it harder to reach him. One day, my other brother went to visit him and found everything in his backpack wrapped up in clingfilm. That was the moment we knew he needed serious help.

Sadly, he was diagnosed with schizophrenia, and sectioned when he was 22.

While my brother was in hospital, we found his treatment very frustrating. Each day, a group of doctors, nurses and other clinical professionals would do a ward round, and suggest the next steps for his recovery. These steps included a series of different medications, and some counselling, but no real engagement.

To me, it felt like no-one was really listening to what he wanted; no-one ever seemed to get to know him.

I was a youth worker at the time, working with a charity, and this treatment didn’t chime with my own knowledge of working with young people. In my work, I’d learned that the best way of engaging someone was to listen to them, to find out what they were interested in, and to make a connection that way. To me, it felt like there was a gap here in the way the health service was supporting young people like my brother.

In a way, my brother was lucky, because he had a supportive family with the resources to step in and fight for the help he needed to bring back his self-esteem and become more resilient and independent. I wanted others to have that too.

In my brother’s case, he was a keen musician, so we started going to music meetups together, but for many of the young people I met, sport was a big pull. I began to see how I could use my background in sport as a way of really connecting with people, in a way the health service hadn’t been able to do.

The idea of Start Again Project was born.

Research shows that sport can help young people in crisis to gain control of their lives, and to learn new skills to help them lead a fuller life. So I started running football sessions with added support for people with mental ill health. These sessions of “meaningful activity” allow outreach workers to really connect with people and to support them in a way that allows them to build up their confidence and self-esteem. We continue to run several “meaningful activity” sessions every week.

Within the first few years we realised that accommodation was a big issue. As well as people suffering from mental illness, we met care leavers and young homeless people who needed support.

We realised that, by offering accommodation too, we could provide a safe place for young people to live, with all the support they need to encourage good choices and work towards education or employment.

Since then, Start Again has set up housing in Birmingham and Solihull. To date we have provided supported accommodation for over 150 young people, including care leavers, refugees and asylum seekers, as well as people with mental illness.

You can see more of Mark in this video about Start Again Project, from 2016.